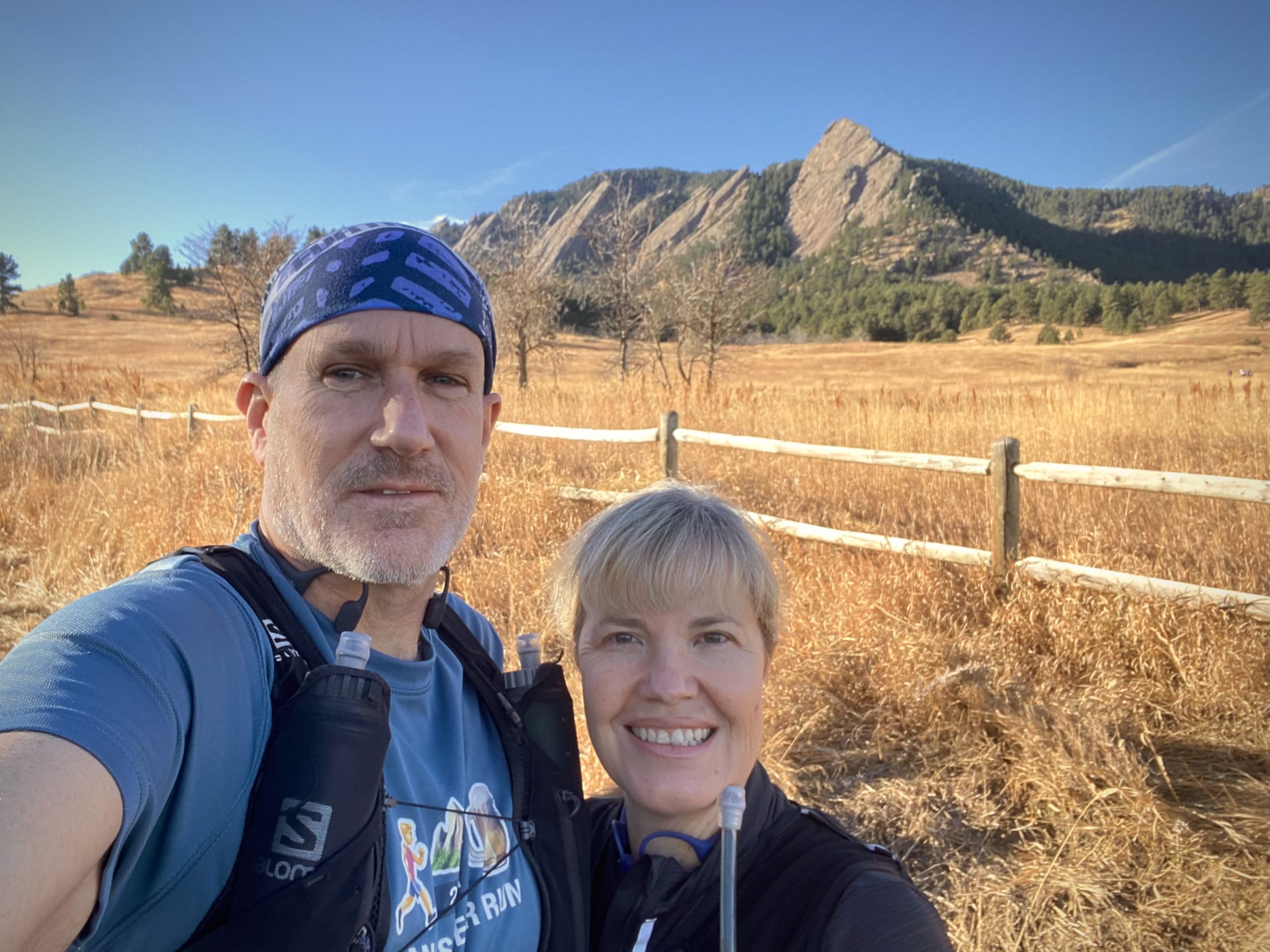 Wow! So many things about this one attract superlatives. Our trip to Denver to spend thanksgiving with friends was by no means a certainty – we had made several gambles along the way but were thrilled to finally get on the plane and be in the USA again after such a long time.

With our 11/12 in mind and knowing what a trail mecca Boulder is (just 40min North of Denver), we added on a few days at the beginning of the trip to get it done. With everything an unknown I used the Alltrails app to find some local trails and went on a couple of exploratory runs before committing to the final route. 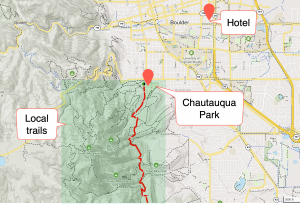 Our hotel was about 2.5miles from Chautauqua Park which turned out to be an excellent stepping off point for many of the well known local trails. We quickly discovered just how challenging the altitude was. With a base altitude of around 5300 feet (1600m) rising immediately to 6300 feet (1920m) on the trails, the air was significantly thinner than what we were used to.

Just getting started up the initial rise left us both puffing. Our two initial runs did, however, really help to acclimatise us and give us a sense of the terrain. Many of the routes involved some serious climbing and this was not really our aim for the 12 in 12 so we ended up selecting the Mesa Trail which runs North/South along the Flatirons. The flat, exposed rock faces forming the Flatirons are omnipresent in Boulder and make a spectacular backdrop to the city.

The weather also proved to be spectacular with clear blue skies and temperatures rising quickly from the chilly mornings of 3-6 degrees to 14-20 degrees! On the day of the run we set off around 9am taking an Uber to the trail head. Once again the initial climb up got the heart rate going but we were ready for it and had planned to take it nice an easy.

The Mesa Trail looks a bit like a contour path but hides some challenging ups and downs as it navigates the ‘canyons’ (ravines) carved out by the rivers flowing down from the hills. The path is generally good going with some stony sections requiring concentration. The route is largely sheltered by Ponderosa Pines ducking out occasional into dry grassy fields under the welcoming warmth of the sun. The short video below gives a sense of what it was like:

We settled into an easy rhythm and soaked up the spectacular views. As usual we had our headphones but neither of us opted to put music on. It just seemed to cut against being in the surroundings. The peace and quite was the much more appropriate soundtrack.

We passed several runners and walkers of all ages along the way. It was easy to be envious of the locals with this as a back yard. I’d love to spend a few months here and really have a crack at mastering the challenging climbs – what a great way to build stamina. I’ve watched from afar several of the big annual Colorado trail runs – Leadville 100, Hard Rock 100, High Lonesome 100 to name a few – and wondered if I might ever have it in me to have a go at one of them. Well, its now clear that some serious training would be required. Not only for the vertical climbing and descending but also for the altitude – seriously challenging and I have a new found respect for the competitors.

The turning point came a bit sooner than expected with the Alltrails route showing it a bit further than our Garmin watches. We took a moment to have a munch on a Cliff bar before making our way back. Things had warmed up nicely by now and it was great to have the hard work done. 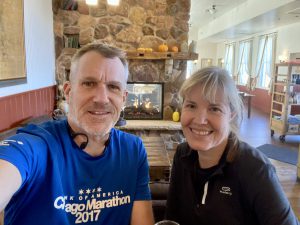 Chautauqua Park has a restaurant which we’d visited for a coffee or a bite on most of the previous runs. We stopped for a breakfast and glass of Prosecco – why not!? Our stops are an integral part of our runs and always add to the enjoyment. The route showed us having covered around 9miles (14.5km), somewhat short of the general aim of a half marathon. Cally, to her credit, said to pause the watches and run back to the hotel after the breakfast brining up the final distance to 11.5 miles (18.5km) – good girl, she has really got into the spirit of it!!!

It was brilliant to be able to chalk this one up amidst all of the COVID disruptions. Not only do we get to have an amazing run but we follow it with some time spent with great friends and our first experience of a true American thanksgiving – exactly what we set out to achieve on our ‘Annual Adventures’. 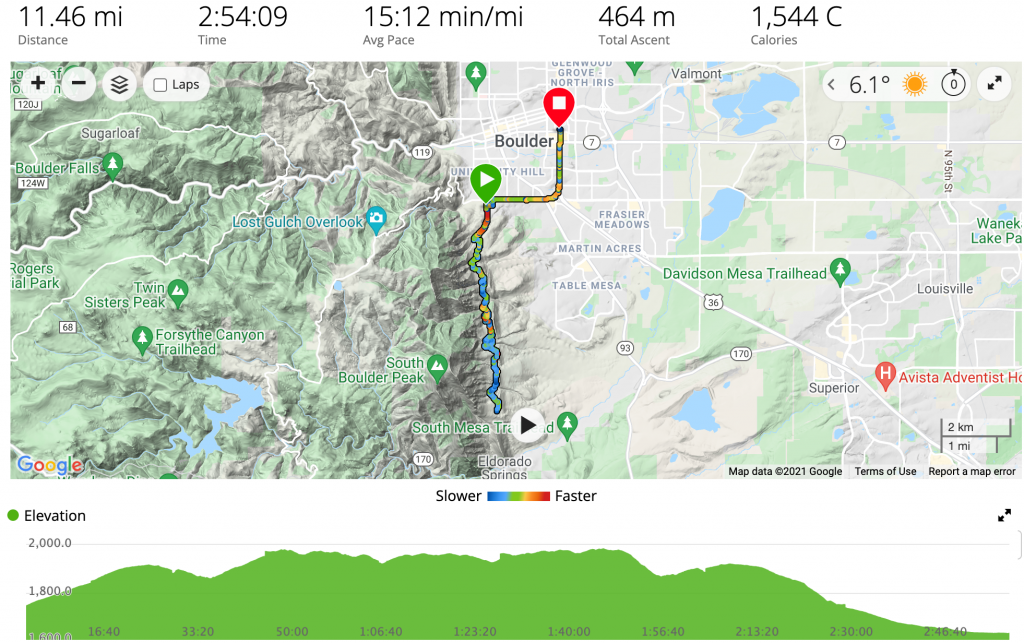