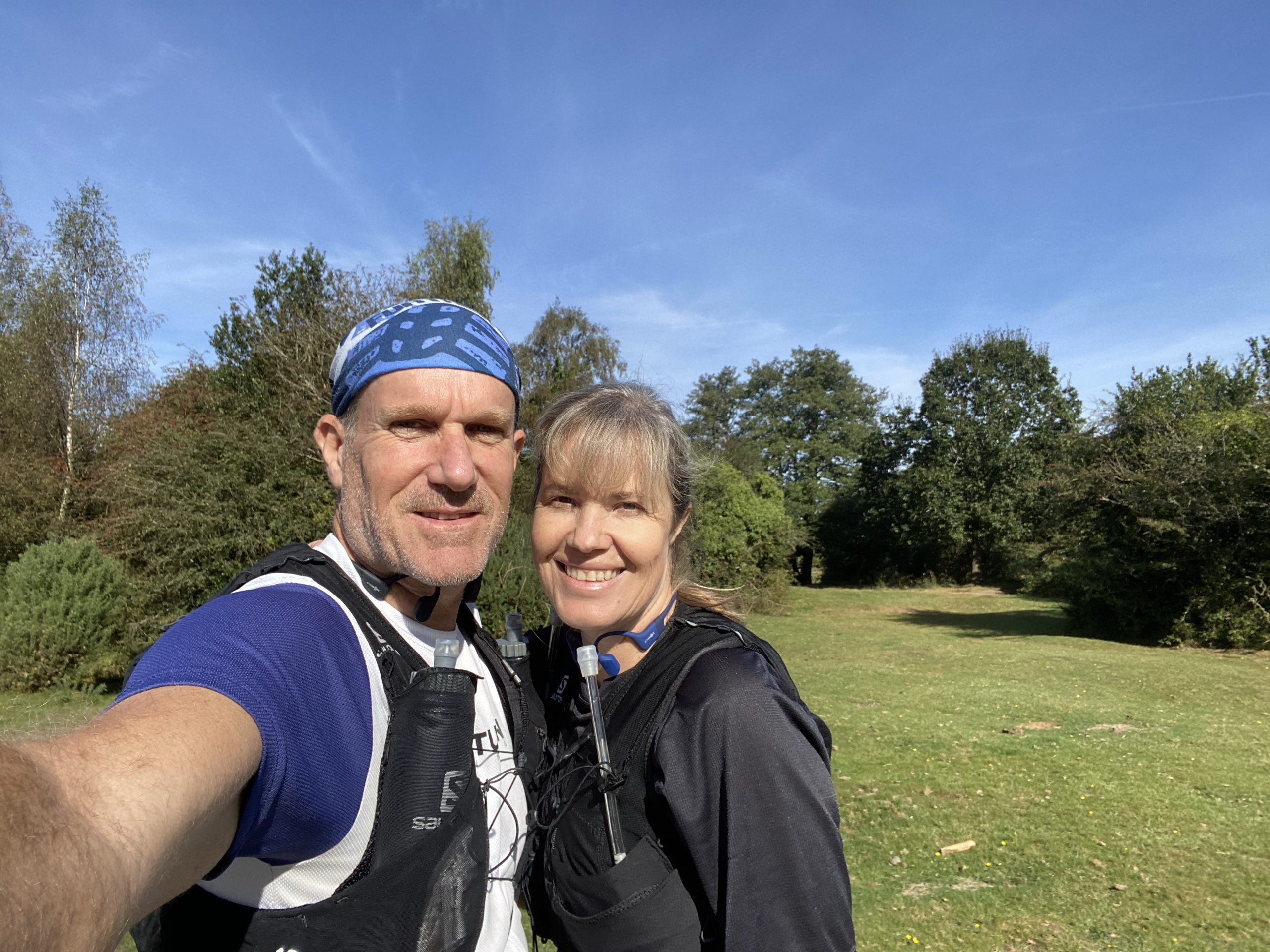 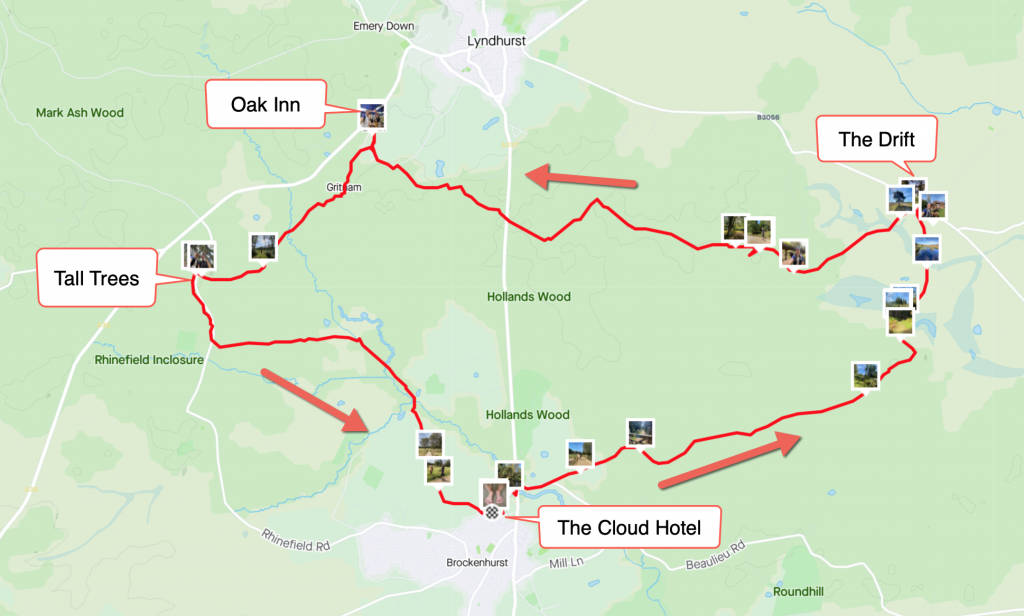 We had decided to take a week’s holiday in September so it was the perfect opportunity for the September run. We have been aiming for a coastal path run all year but once again just could not find accommodation – it seems 2021 is the year of the “staycation”.

Fairly soon we ended up at the New Forest. We have stayed here several times at various places but never really explored it so this was a great opportunity. The three main villages are Lyndhurst, Beaulieu and Brockenhurst. We were still pretty limited for choices and after finding the last available room at The Cloud Hotel, Brockenhurst it was settled.

The hotel ended up being a perfect spot to start our looping route from. Once again it was a case of getting out the OS Maps app and just plotting a course. The aim was to fit in a couple of pubs and so to some extent this decided things. First stop would be The Drift to the East followed by The Oak Inn to the West each 5 miles (8km) apart – perfect!

Initially we were going to head straight back from the Oak Inn for a total distance of 13miles – bang on our half marathon target – but then I discovered the Tall Trees Trail. This was a short section set in the Blackwater Arboretum which only added a few extra miles to the route. It was settled.

We set of a bit later than usual around 11:00 to ensure we caught the 12:00 opening time at the first pub 🙂 From the hotel we were quickly onto one of the many cycle tracks which criss-cross the New Forest. It’s a fantastic feature of the area which makes it so accessible. In addition to the cycle tracks there are many more footpaths and the whole area is basically free access to roam wherever you fancy.

After sticking to the cycle track for a few miles we cut into the forest on a grassy footpath. The New Forest has an unusual mix of flora with open expanses of grass and heathers interspersed with woodland dominated by Beech and Oak trees. On the fringes of the forest ferns dominate the undergrowth and, whiles these are all familiar sights in the UK, somehow their arrangement in the New Forest makes it unique.

The area is famous for the free roaming ponies and donkeys and we encountered both throughout the run. There is a real peacefulness about the area and we were so lucky to also have a beautifully sunny day to round out the experience.

Being generally flat, the run was not too arduous. Cally’s feet did, however, give her bit of jip after a while but again she soldiered on. The route was a bit longer than normal but Cally was able to soak it up without too much drama. The miles in training have paid off and she is now able to to take our runs in her stride, literally!

With just three more runs to go I reflected on how much fun this adventure has turned out to be. We have seen some stunning English countryside and, while we might not have ventured as far afield as originally planned, there has been no shortage of variety or adventure. Still not sure where we will go next but things are likely to become a bit chillier as the year closes out.