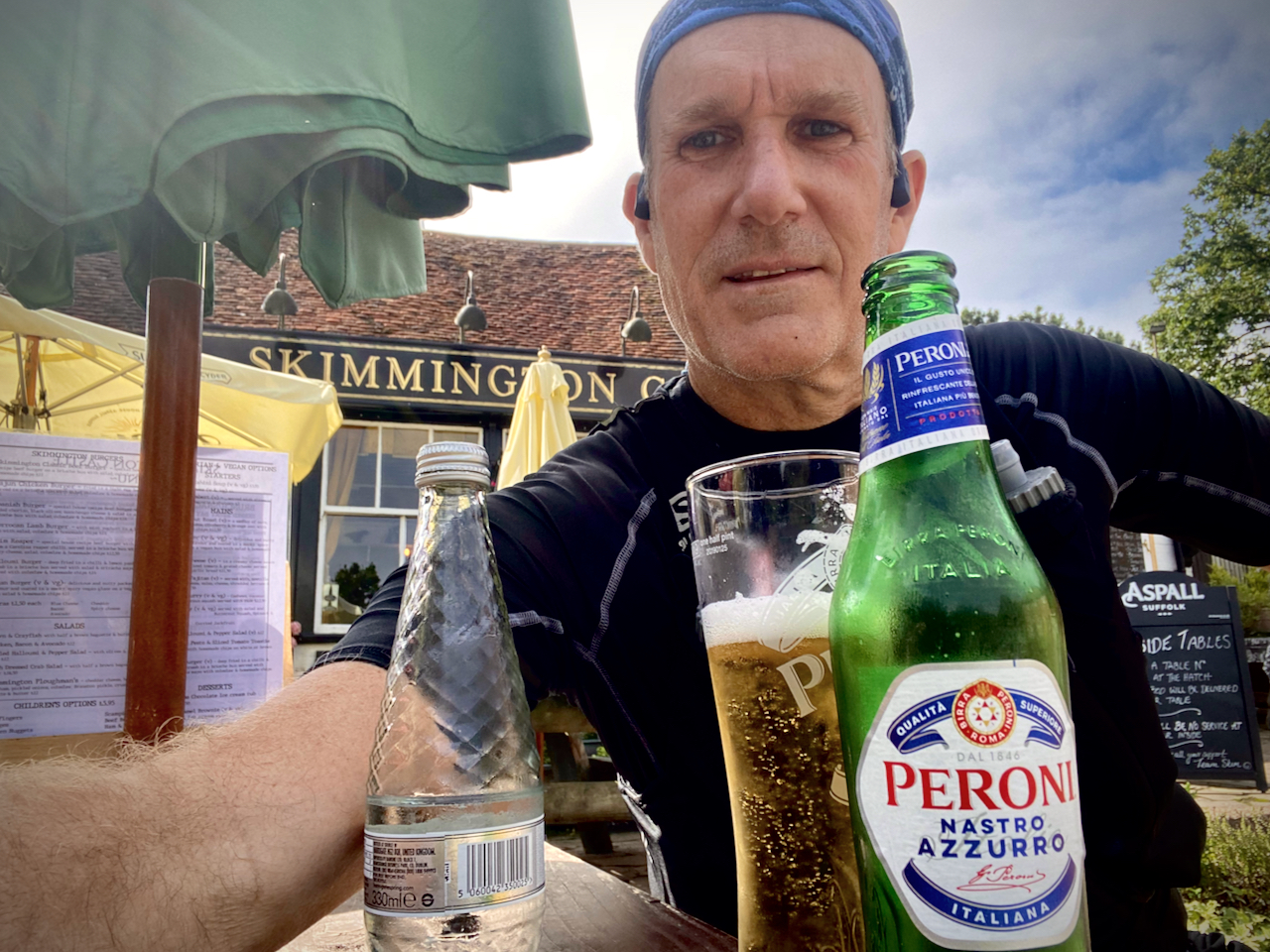 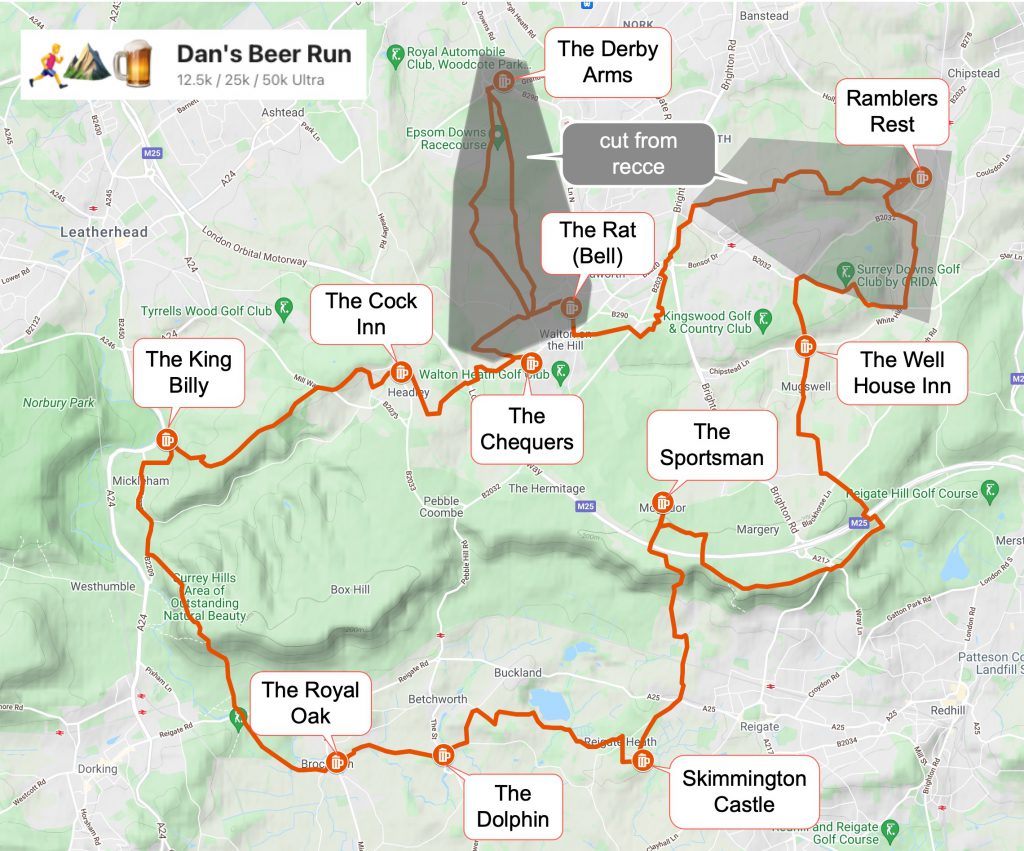 With the Dan’s Beer Run on the  18th of September looming large I’ve felt like I’ve needed to up my mileage to meet the challenge. The 50km course has been somewhat in flux with Dan & I tweaking various sections until it seemed like the route was in its final form. “Tweaking” generally went something like – Dan: “How about we go this way rather than that way, it’s prettier, much tougher and will add some more climbing”. Me: “Sounds good, I’ll update the maps”. I’ve been helping Dan out with the website and route maps and getting progressively excited about the route and the run. The route is all his idea though and the event has grown amazingly into multiple sub-events – 12.5k Fun Run, 25k Half, 50k Full, 12.5k Walk, 50k Mountain Bike all aiming to finish at the Derby Arms at 6pm.

With a 20 miler in my training plan for the weekend there was nothing for it but to give it a spin. For me there is nothing better than heading out for a long trail run on a weekend morning and this one had loads of promise. I’d cut down the full 30 miles to 22 lopping off the Derby Arms and Ramblers rest legs and leaving late enough to ensure the latter pubs would be open – I had plans to sample the beer you see.

So how was it? Just brilliant! The route meanders though fields and woodland with some storming downhills and, of course, some iconic uphills. Most notable perhaps is the “hand-on-knees” route up Colley Hill. It has really tuned out to be a gem – well done Dan! I can see this becoming a firm favourite. The absolute bonus was a cheeky bottle at Skimmington Castle with a pint to finish at The Well. Of course I need to test running on beer – its all training 🙂